Creativity in design and realization is the common thread in the life of Jeroen Broux (°1981).

In 2003 he graduated as a Master in Graphic and Advertising Design at Hasselt. After gaining 8 years of experience in advertising agencies, he began working as an independent graphic designer in 2011 with his own studio, Imagica. The studio works mainly for clients in the cultural and tourism sector. The style can be described as strong, sleek, clear and balanced. After years of working with digital images and designs on screen, he wanted to get back to working with his hands on canvas and paper. In 2019, this resulted in “CTRL”.

Jeroen: “This first series of paintings is a reflection of my search for control (CTRL). Moving away from the computer screen meant having less control. When working on screen, a few mouse clicks takes you back several steps in your designing process. Over the years, I had become accustomed to the speed of working on a computer. When working on canvas, I am forced to think differently, to reason differently. As a result, I am much freer and more aware. The search for control over the shape, the colours and the techniques makes this a very personal series for me.”

The style of the paintings is an extension of the graphic language Jeroen uses as a designer: This involves clear lines and boundaries, subtle forms that are in balance and communicate with each other, and a minimalist colour palette that does not dominate. Spontaneous paint strokes contrast with hard, controlled lines. Gravity also plays its role. The volumes portrayed in the works are firmly grounded, neatly balanced and stable within the space of the canvas. Thus they perfectly express the “CTRL” that Jeroen was looking for … and found.

Contact me for an appointment to visit my gallery (www.kobalt-gallery.be) in Hasselt. 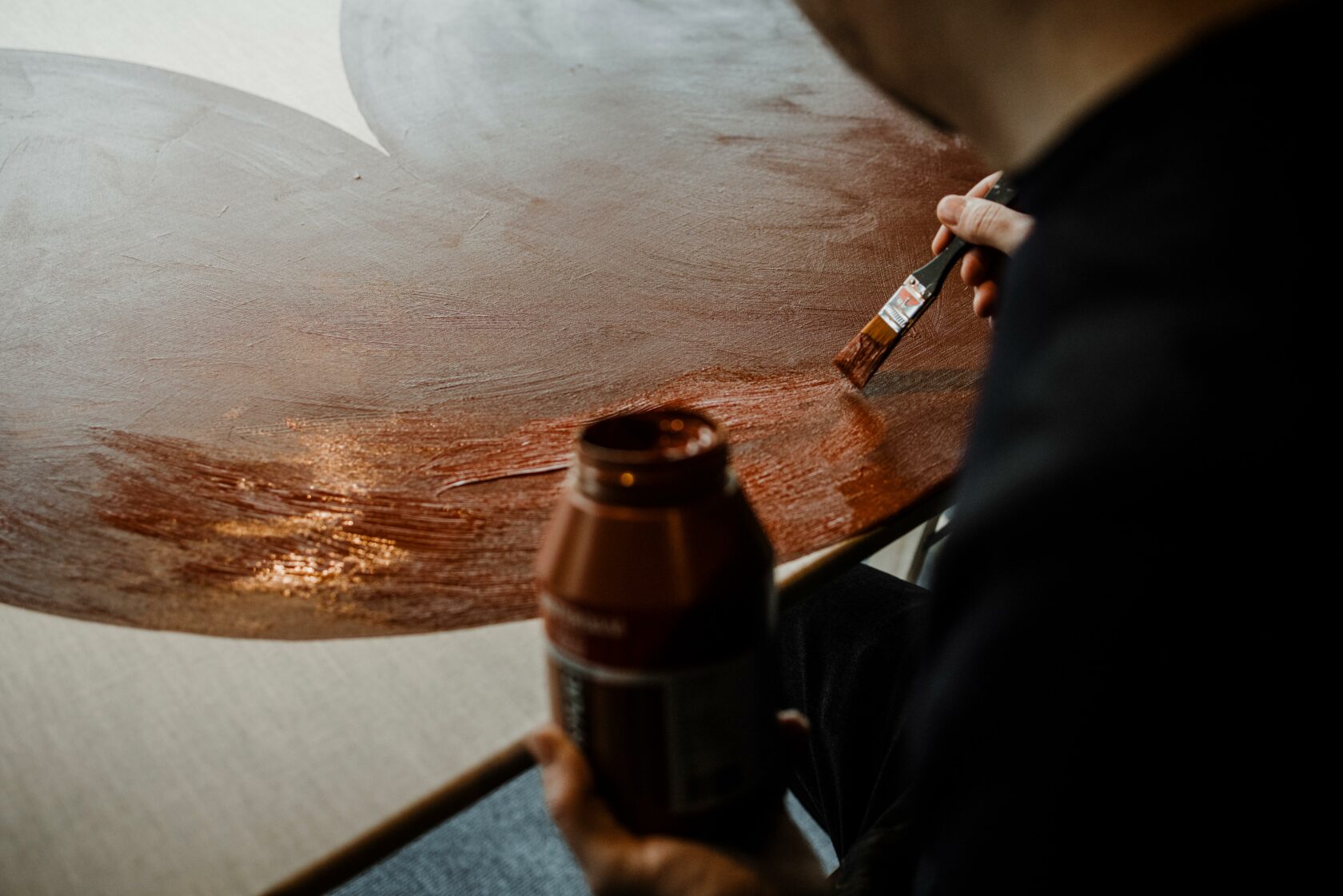 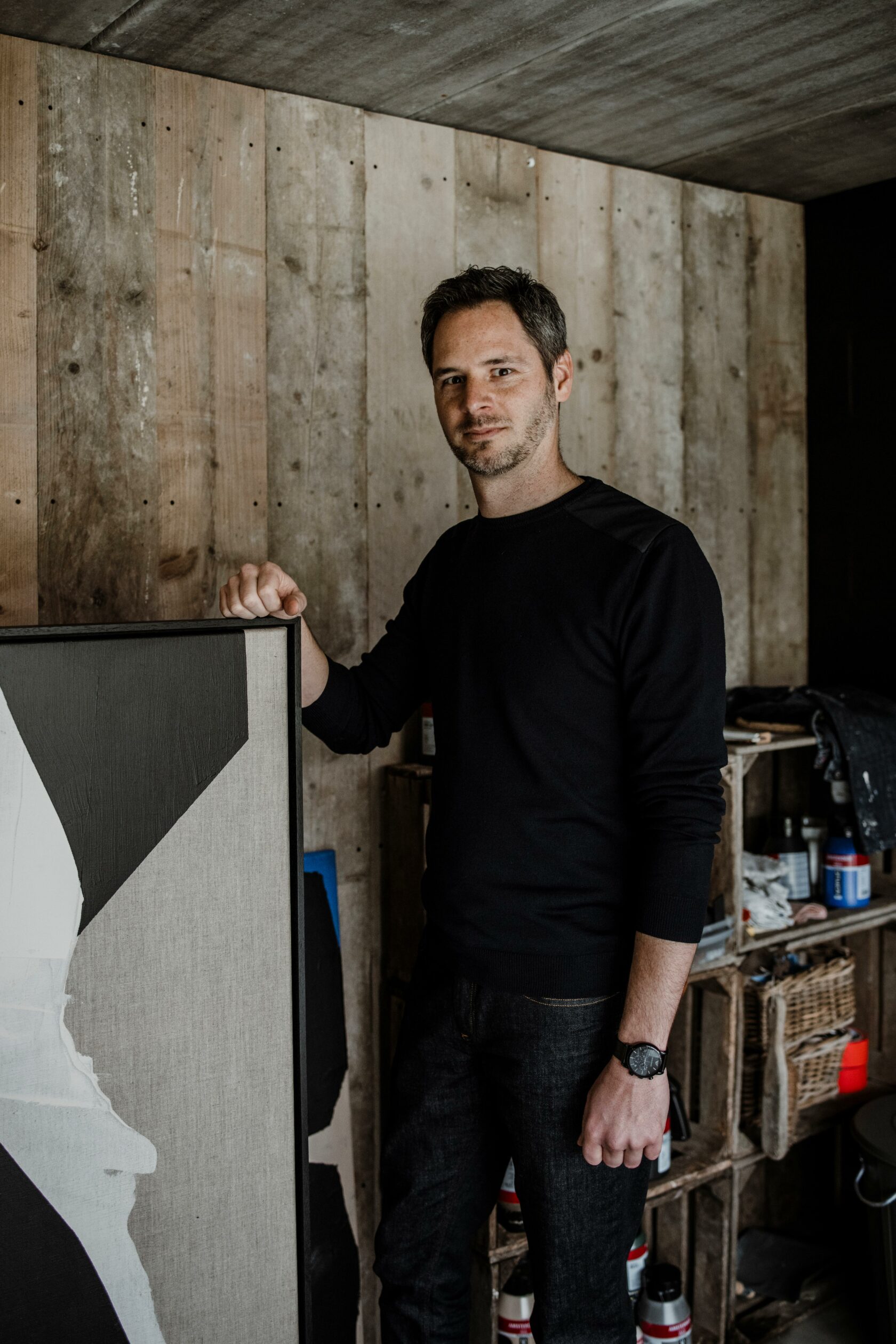 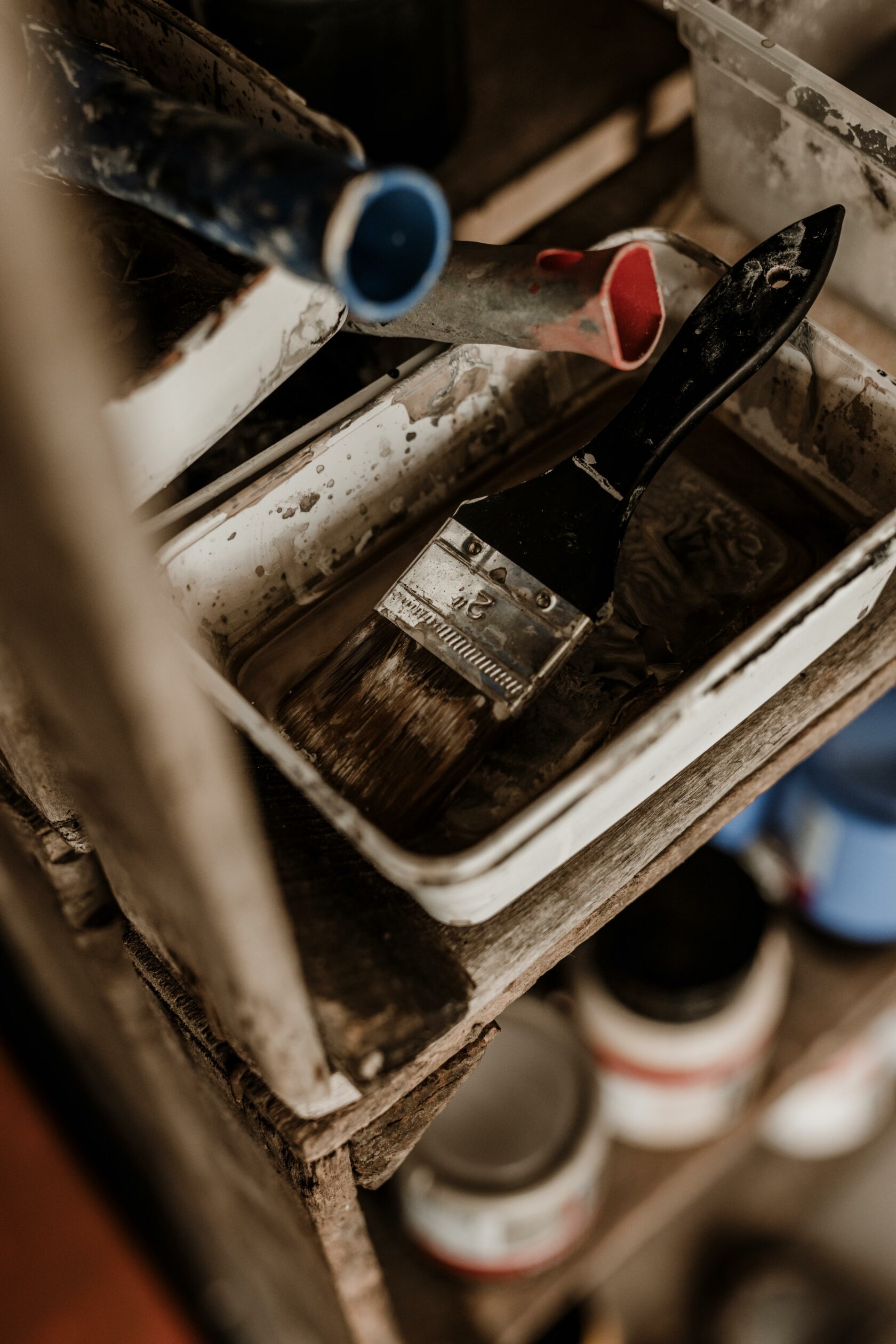 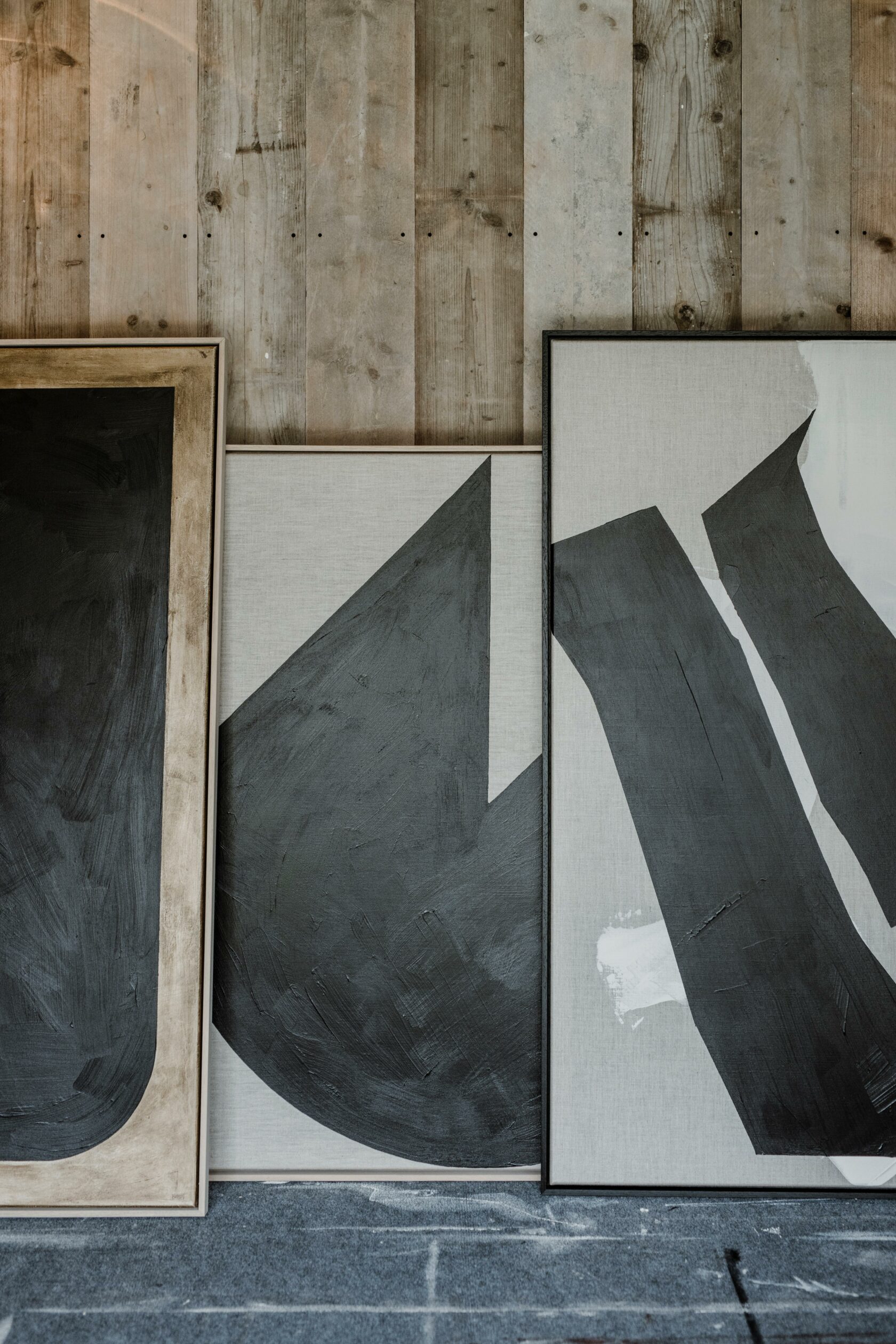 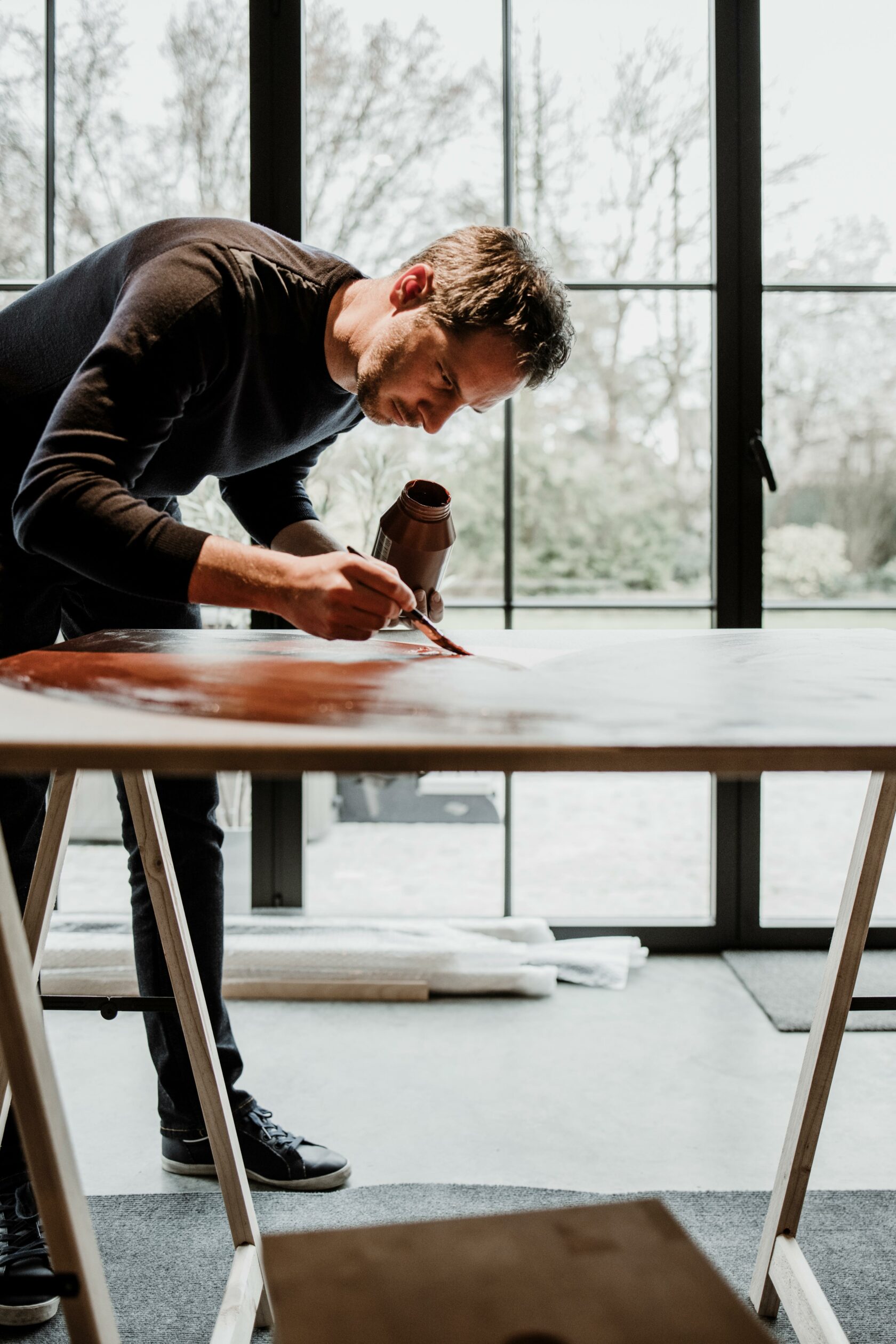